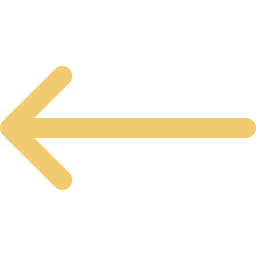 History of the Roulette

The history on the Roulette is difficult to determine because the origin of the Roulette is lost. There was likely some form of a wheel based game going back almost as far as the origin of the wheel itself. There are stories saying that the game was invented in China and brought to Europe by traders who were trading with Chinese. Several early versions of a wheel and spinning ball were invented in the 17th and 18th century in Europe. The first game that was recognised as modern Roulette was introduced in Paris around the end of the 18th century.

An early version of the Roulette was invented by Blaise Pascal, a French mathematician. In 1842, a Roulette game with a single zero was created in France by Francois and Louis Blanc. Since then, the Roulette has stayed unchanged.

European Roulette is a game which luck is the biggest factor; it is one of the most popular chance-based casino games.

Object of the game

The object of the game is to predict in which of the 37 numbered and coloured pockets on the Roulette Wheel the ball will land. European Roulette Wheel has 37 numbers, from 1 to 36 and 0 (Zero).

There are different ways to place roulette bets. Each bet covers a different set of numbers and has a different distribution, as shown in the payoffs section: When everybody at the table has a change to place their bets, the dealer spins the wheel and spins the ball in the opposite direction to the rotation of the spin. A few seconds before the ball drops, the dealer announces “No more bets!” then no further betting or changing of bets are allowed.

A player has won if he has bet the winning number(s) or colour. In our Casino, you are welcome to play call-bets. This is a specific way of playing when player is trying to predict in which section of the wheel the ball will drop. All the other special call bets are accepted only if they are approved by Floor Manager or Director of the Casino.

A “Neighbour” bet is a number that you call plus the two numbers on the left and right side of that number (5-piece bet).